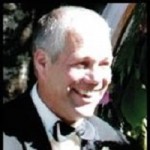 Paul passed away at his home in Vancouver, WA, on Veteran’s Day. He served in the United States Army from 1974 to 1977. He was born and lived in Salem, OR, until 1965, when his family moved to Everett, WA.

Paul is in the middle of 15 children and will be greatly missed by his wife, children, and extended family.

He’s lived in Washington, Oregon, and Idaho. He had been a resident of Vancouver since the mid 1990’s.

Paul was an avid Beatles fan, his answering message was ‘This is Paul, if you are calling for John, George, or Ringo; leave a message.’

He was a hunter, loved his guitars, and yard work. He especially loved hunting for treasures at estate sales or antique stores. He met his current wife, Sheryl, at an estate sale where they were haggling for an antique tea cart.

He was extremely generous and supportive to his friends and family. Honor was very important to him, where a man’s word or handshake was a commitment. He was the primary caretaker for his loving wife Sheryl.

He is survived by his wife, Sheryl Anderson; daughters, Miranda Sparkman & Nicole Winslow; son, James Paul Shipman; nine grandkids, 13 siblings, and many, many nieces and nephews.

Paul’s ashes will be inurned later this month beside his mother and ancestors in Hopewell, OR.

To send flowers or a remembrance gift to the family of Paul Shipman, please visit our Tribute Store.

Preserve the memories and special thoughts shared
by friends and loved ones with a Memory Book.

A week or so earlier, I had made arrangements for respite care at a hospice facility in Longview, WA for [my loved one]. I was assured by your staff that should he expire there, your staff would transport him back to Vancouver, contact me, and follow his wishes. As it was, he expired in Vancouver. Your employees are well trained and compassionate.